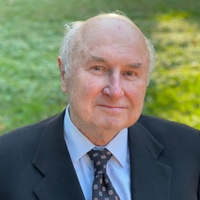 As president of Prism Financial, Michael DeLorey brings over 40 years of industry experience to our firm. Along with Adam and Tom, Michael focuses on providing objective and cost-effective guidance that helps meet his clients’ financial and personal needs.

Michael joined the industry to help make a positive impact on people’s lives, which he strives to do everyday by guiding his clients through the retirement planning process.

He earned his MBA in financial management from National University in San Diego, CA. Today, he’s a member of both the local and national chapters of the Financial Planning Association and the Financial Services Institute.

An active community member within the city of Philadelphia and beyond, Michael’s other involvements include:

Michael lives in the heart of Philadelphia, walking the same streets as our founding fathers just blocks away from the Liberty Bell. His wife, Barbara, is a docent at the Philadelphia Museum of Art, the Rodin Museum and the Union League.